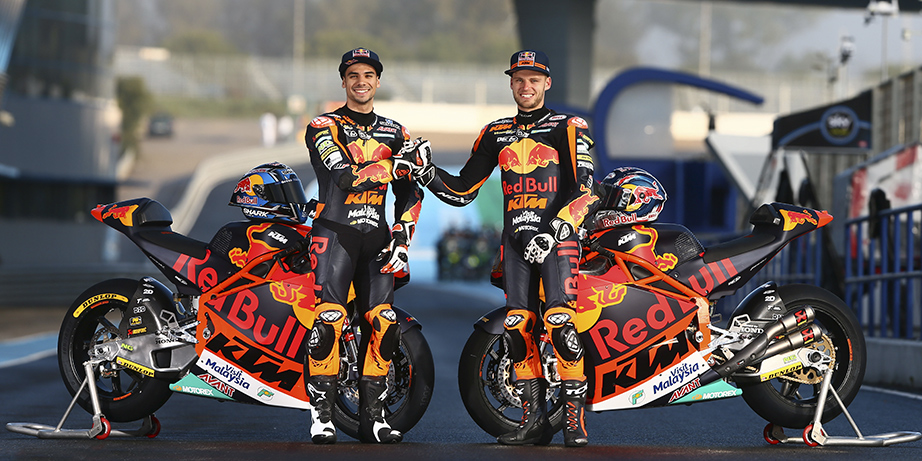 Hi, dear readers. In today’s article we bring you a big piece of news we were really willing to tell you: in NG Brakes we will renew one more year our link with the world motorcycling championship of MotoGP. Again, we will be present in the Moto2 World Championship with the Red Bull KTM Ajo team, a relationship we completely trust and that really pleases us.

Like last year, the team pilots will be Miguel Oliveira and Brad Binder, who have a lot of experience in this category and will bring us a great performance during this year. We are convinced that they will give the best of themselves and, with the whole team, will achieve good results the whole season. Adrenaline and speed assured!

The Red Bull KTM Ajo Team, with whom we’ve been collaborating several seasons, have their origin in Finland, and they achieved the success with Johann Zarco in 2015, being champions of the World Championship of Moto2. On the other hand, Miguel Oliveira, Portuguese, and Brand Binder, South-African, had very good results in their way through the Moto3 category, finishing in second and first position respectively. Last year, Miguel Oliveira reached the third position in the Moto2 final.

We renew again all our illusions and the team ones to get the best results in this new season that waits for us. We leave here a couple of photos in which you can see some of our brake discs in the motorbikes of the Red Bull team.

And… are you followers of MotoGP? Do you consider yourselves as fans of the Red Bull KTM Ajo team? If not, catch up, because this new season is going to be really promising to the Finnish team.