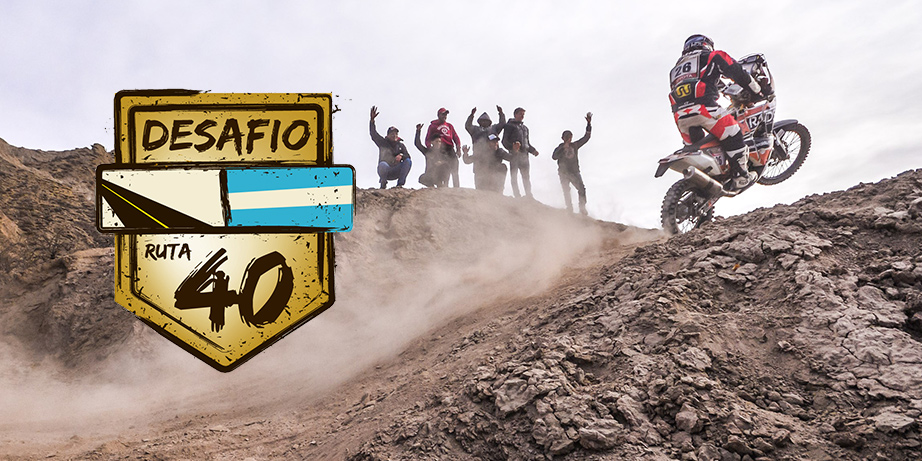 With a route of almost 5.300 kilometers, from the 25th to the 31st of August the Desafío Ruta 40 – Argentina will begin. A completely off-road race that goes through four Argentinian provinces using a parallel circuit to the mythical route 40.

This competition was born in 2010 and it was quickly accepted with great enthusiasm in the motor world. The similar format to the Dakar and the landscape where the Desafío Ruta 40 happens were the success formula.

Since 2014 the Dakar Series format is adopted, in which motorbikes, cars, quads and utvs (buggie) are gathered under the orbit of a renowned prestige as Dakar’s.

The legendary route 40 crosses Argentina from north to south parallel to the Andes range. Its circuit passes by 11 provinces and climbs over the sea level until almost 5.000 meters. 236 bridges are crossed by 18 important rivers, it surrounds 13 big lakes and salt pans, it allows the access to 20 Provincial Reserves and National Parks, it connects 27 mountain passes, it crosses 60 villages and cities and it transits through 5 World Heritage Sites: the National Park Los Glaciares, the Las Manos cave, the Provincial Natural Park of Ischigualasto, the National Talampaya Park and the Quebrada of Humahuaca.

With this huge variety of fields the mechanics are submitted to an extreme effort. Especially the braking systems are tortured to achieve their maximum functioning. Some ventilated and high resistance discs are the key element for the safety of a controlled braking, and in NG Brakes we know it well.

In the case of motorbikes the whole regulation is backed and certified by the FIM CROSS-COUNTRIES RALLY REGULATIONS 2018. The kind of disc varies according to the brand and the model but almost all enter in the dimensions of 260mm to 300 mm for the frontal and of 240 mm to 22 mm for the back one.

The Desafío Ruta 40 is a big event to release the accumulated adrenaline. Visit their website for further information.