Desafío Inca 2018: Training for the Dakar

Home/Competition/Desafío Inca 2018: Training for the Dakar 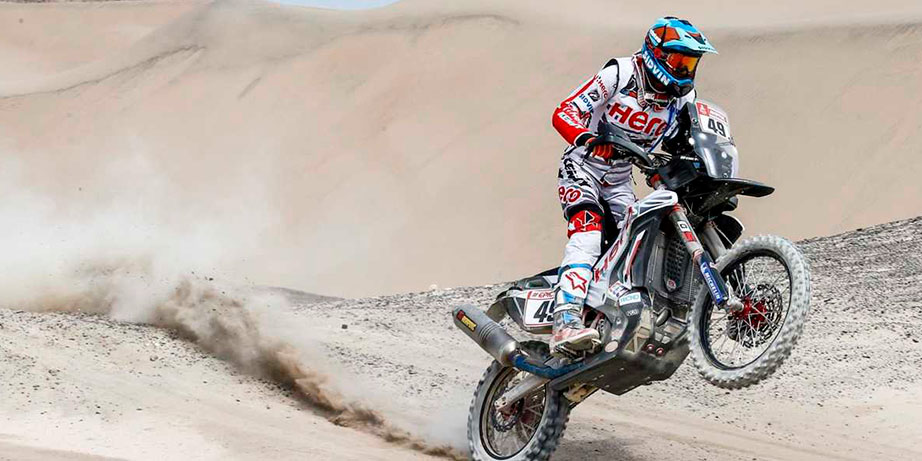 Another challenge organised with the seal of Dakar Series will go through the Peruvian dunes. The Desafío Inca 2018 acquires a special relevance, because the next Dakar 2019 will be celebrated entirely in Peru, and it turns this race into the best preparation that has announced a 70% of its circuit by sand and dunes.

The Desafío Inca 2018 has its basis in the province of Pisco, historical testimony of the Nazca lines, where a cord of sand dunes will make everything really difficult to the participants. There are almost 1000 kilometers of timed route that not only motorbikes but also cars, quads and utvs will have to face in a spectacular landscape only 200 kilometers away from Lima, the capital.

Almost all the protagonists of the Dakar will be in this event, drivers and riders like Stéphane Peterhansel, Laia Sanz, Gianna Velarde, Matthias Walkner, Sam Sunderland, Toby Price, Pablo Quintanilla, Andrew Short and Luciano Benavides among others have confirmed their presence in South America.

The geographic conditions will subject the braking systems to a huge wear, the sand particles get inside the pads and the disc and consequently they produce scratches on the disc itself, making it compulsory to do an exhaustive maintenance. Although the disc has no problem when it’s scratched, it is for the pads that have to adapt and shape because of the intensive use to this furrows.

On the other hand, the high temperatures will also have an impact in the system, the overheating makes warps that are translated into frictions that affect the quality of the braking.

But the Desafío Inca 2018 is the best testing ground for the pieces and the mechanics and it’s the most efficient way to translate all this flow of information to the vehicles that transit by the streets of a city or a field.