We summarise the Moto 2 World Championship 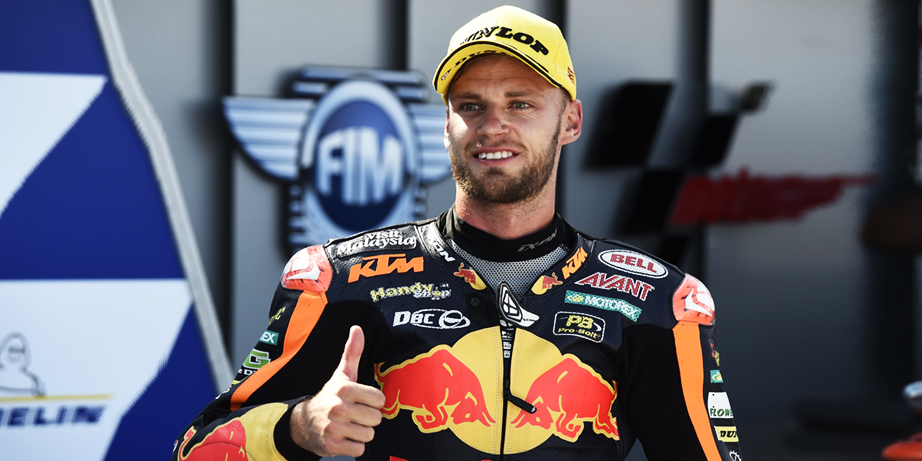 The Moto 2 World Championship has come to an end for 2019, and our sponsored team has finished it fantastically.

The Red Bull KTM Ajo Team finished the season the best way besides of some complicated beginning, the third consecutive victory in Moto 2 for Brad Binder made him the subchampion of the world, only three points behind Álex Márquez, who conquered the champion title with the same amount of winnings, 5 the whole year, although leader during 108 laps against 107 of Márquez in all the circuits.

His teammate Jorge Martín ends the year in the eleventh position, a debutant in the category and final podium as rookie of the year behind Fabio Di Giannantonio and Enea Bastianini, first and second respectively.

On a team level, the Ajo Team has finished in third place of the Moto 2 podium, separated by few points to the winner, the Dynavolt Intact GP, whose rider Thomas Luthi finished behind Brad Binder.

Our rider won the Event Best Maximum Speed, reaching a speed of 280,6 km/h, the maximum of the whole season.

Of course, the team is already thinking in the 2020 season that will most probably begin with the Qatar GP on the month of March.

Now it’s time to sum up all that has happened and make the best conclusions when facing next year, although the activity won’t stop, as there are some programmed test sessions to set elements that can be decisive for the World Championship that awaits us.

For us, these tests are essential as all the appreciations of the riders and the material tests make us adjust to the maximum the design, manufacturing and featuring details for our brake discs, outcomes that we transmit directly to the products that are in the street motorbikes every day. If you want to look for what NG Brakess suit your motorbike consult the online catalog.