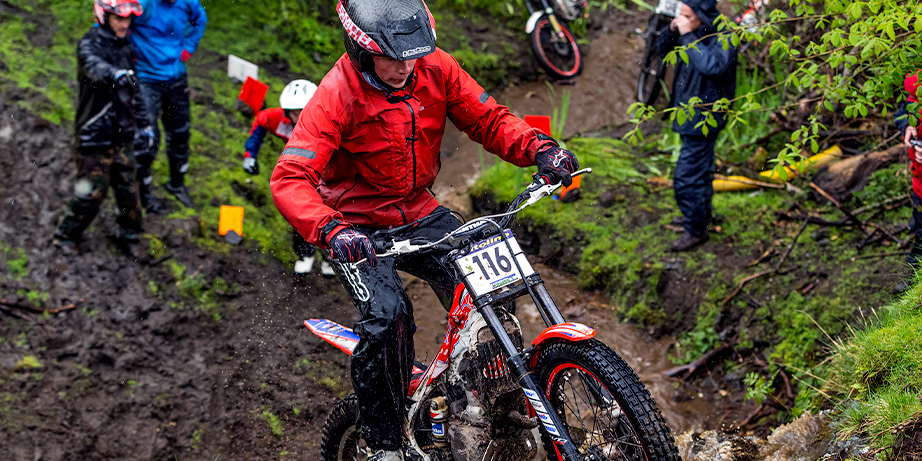 The world of racing motorcycles is based on feats. And if we talk about trial, there is a world-famous event with more than one hundred years of history that constitutes a monument. We are talking about the Scottish Six Days Trial.

A modality that combines balance and resistance in equal parts. Where motorcyclists look more like tightrope walkers than motorcyclists. In impossible areas that are saved with a gesture so simple for professionals, but unattainable for the rest of the humans who practice this sport.

The Scottish Six Days Trial has a place in history, since it was born in the Scottish highlands around 1909. The Edinburgh & District Motor Club was the one that started organizing this meeting, which in 1912 takes its definitive name and duration: “Scottish Six Days Open Reliability Trial”.

In six days, the pilots must travel an average of 100 miles a day, overcoming all kinds of obstacles under totally adverse weather, adding difficulty to the terrain and reducing the physical and mental strength of those who participate.

A natural landscape as beautiful as harsh, with strong gusts of wind and an almost permanent drizzle, welcomes every year in the first week of May a horde of intrepid, willing to defy the laws of nature and the elements.

Originally, it was a test of mechanical reliability, but with current technological advances it has been mutating into a test of both mechanical and physical control.

Fort William is the base of all this history, being the Lochaber area the chosen one to dispute the test. The best known and most respected points have names to remember. Laggan Locks, Blackwater, Ben Nevis or the famous Pipeline, are the end of many dreams to win.

Only 270 places are authorized to participate, and these are strictly distributed. 30 places for official factory teams, 50 reserved for the club and the rest are distributed in a draw.

Names like Mick Andrews, Sammy Miller and Dougie Lampkin, are the only ones who have won five times. And if we have to remember a mythical brand, Ossa Mar comes to mind, mysticism in its purest form.

So now you know, if you are a fan of trial, you surely have the dream of participating in the Scottish Six Days Trial.