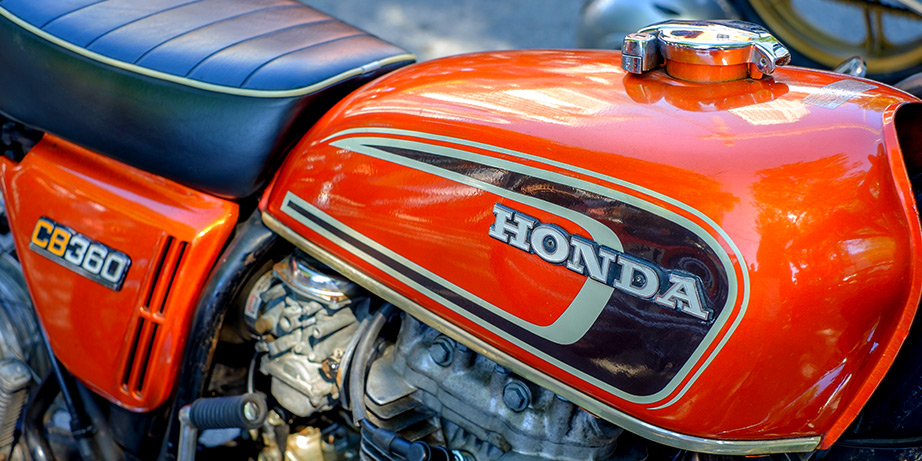 The founder of the Honda car company, Soichiro Honda, at the age of 31 laid the foundations of this great empire. Born in a small Japanese village, his training took place in Tokyo, where he started out as an apprentice mechanic. His evolution and desire to progress led him to set up his first workshop six years after starting out in this world. This industrial workshop, Tokai Seiki, specialises in the manufacture of piston rings, and is the seed and origin of the Honda Technical Research Institute.

In 1946, due to the world circumstances (end of World War II), Soichiro detected (along with others) that Japan needed mobility, and his idea of riding bicycle engines resulted in the first Honda motorbikes. The birth of the Honda Type A is the starting point for the first engine designed and manufactured by Honda on its assembly line.

Two years later, the first motorbike completely designed and manufactured by Honda was launched on the market, the Dream (D-Type). But if there is a date to be noted, it is 1958, the launch of the Honda Super Cub. This is the best-selling motorbike in history with over 90 million units in more than 160 countries. A model that is recognisable at first sight because it has given rise to almost all the scooter design lines that are currently seen on the street.

From the beginning, all manufacturers are seduced by the world of competition, and although they start out in the local environment, there is soon a goal to be achieved. In the 1950s, the most famous race was the Isle of Man TT, where Honda made its debut in 1954. In just five years Honda won the team classification and in 1961 won its first World Championship, 125cc with Tom Phillis and 250cc with Mike Hailwood, marking the beginning of a long chain of successes to date.

During the 1980s, racing mechanics began to be adapted to street bikes, and Honda took on a great deal of responsibility in this regard. We can appreciate this evolution if we compare the Honda CB750F and the Honda VF750F. Fairings, handlebars and a rectangular section chassis are incorporated with progressive rear suspensions with monoshocks and front suspensions with larger section bars and anti-sinking systems. The rims were increased from 18 to 16 inches, and the tyre sections were widened. In short, a bike created for an audience that is reflected in the asphalt of the circuits.

This mimicry reached its peak in the 1980s with the Honda RC-30, the racing bike that can be put on the street in any city.

It is very difficult to group in this space so many models that have marked times and so many drivers’ names as those associated with this brand. Mick Doohan, Alex Crivillé, Valentino Rossi, Nicky Hayden, Casey Stoner, Dani Pedrosa, Marc Márquez, Cyril Neveu, winner of the 1986 Paris Dakar with a Honda NXR 750… And if we move on to off-road, who doesn’t think of a Honda Africa Twin as the ultimate desert bike? Surely this gives for another article in the future.

For more information about the Honda brand we invite you to visit this link.