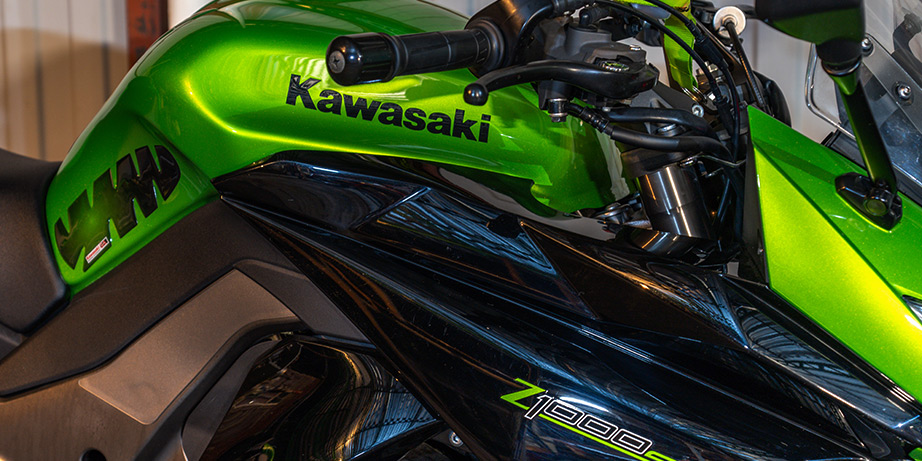 Today it’s the last of the Japanese Big Four we’ve been talking about all month. We’ve already told you about Yamaha, Honda and Suzuki. Today we close this series of articles talking about Kawasaki.

The origin of the Kawasaki brand encompasses the three natural environments that allow us to move around the planet: land, sea and air. Not necessarily in that chronological order, but in terms of the development of technologies linked to the vision and business drive of its founder: Shozo Kawasaki (1837-1912).

In the second half of the 19th century, in 1878, the Kawasaki Tsukij shipyard was launched in Tokyo, the shipbuilding company that marked the beginning of this great empire.

In 1901, the brand produced Japan’s first steam engine, which made a crucial contribution to the development of the Japanese fleet at a time when a series of world wars were underway.

The scenario is changing and its business network is diversifying. As a result of its design departments, the Ki-61 Hien for World War II, a Japanese fighter plane used by the Imperial Army Air Force, is launched. It was the first model in a long series that lasted for years.

The brand’s first foray into the world of motorbikes was in 1949 when it started building engines. In 1952, he patented his first engine, the KE-1. In 1955, his first motorbike, the Meihatsu 125-500, was produced by a subsidiary of the group. Three years later, the Deluxe with the KB-5A engine was the first model to be engraved with the Kawasaki name.

At the beginning of the 1960s, the company began to be successful with its 125 New Ace models, the Pet and 125B7, which helped it to make the leap into the American market.

This unique adventure, which is similar to that followed by other major Japanese brands, begins the road to great sales success, starting with the Z1 series, which gives rise to the 1980 Kawasaki Z1100GP, the first racing bike.

The engineers of the brand enter a passionate battle with the Honda CB750, a benchmark of the moment. In this whirlwind of milestones, they bring out the Kawasaki Z1 900 CC, 82 hp and a top speed of 211 km/h, becoming an immediate bestseller.

The year 1984 marks the birth of an iconic model for the brand, the Kawasaki Ninja GPZ900R, a model that has been updated to the present day and which is the cornerstone of the K’s racing bikes.

The world of competition has seen great names related to Kawasaki: Eddie Lawson, Waine Rayney, Randy de Puniet or Jonathan Rea are just some of them.

Today, Kawasaki Heavy Industries represents a conglomerate of diverse industries whose name rings out in the far corners of the globe.

If you would like more information about the brand and its motorbike models, here is the link.