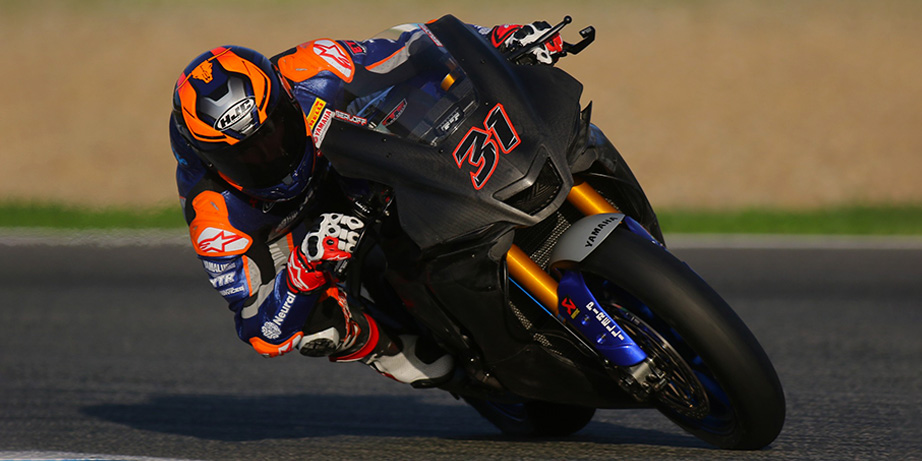 The thumb brake in racing is not a recent development. Mike Doohan suffered a serious accident at the Dutch GP in Assen on 26 June 1992, which seriously affected his right leg. This event led to a modification of his braking system, incorporating an additional lever on the handlebar grip so that he could operate it with his thumb, replacing the foot lever to operate the rear brake.

This system has been tested and used by some riders in both the MotoGP and Superbike World Championship. Although its implementation does not provide any technical advantage, it does bring advantages in terms of riding.

There are riders who use it out of necessity after having suffered injuries or discomfort in their right leg that prevents them from operating the brake pedal naturally. It can also be for comfort in some corners of certain circuits, especially for those riders whose foot is big and rubs on the asphalt or does not allow them to lean the bike enough without rubbing it. And other riders, such as Dovizioso, use it as a riding aid, as it allows them to accommodate the bike by skidding without having to engage their foot.

Another reason for incorporating the thumb brake system is to be able to control overpower and not to lift the front wheel (wheelie) while squeezing the engine with the right hand. With the left hand, pressure can be applied to the rear brake, thus helping the electronics to keep the front end on the ground.

The thumb brake cam can be either a push brake (operated with the thumb) or a pull brake, in which case the rider’s index finger would be used.

Also, bikes can be fitted with two separate circuits, allowing the rear caliper to be operated with both thumb/forefinger and foot. This is fitted on some circuits where there are right hand corners with angles or inclines where operating the thumb brake gives an advantage over using the foot, as mentioned above.

In the Superbike World Championship, the bikes in this category cannot use any other material for their brake discs than steel, and their official sizes are 328 mm and 336 mm in diameter, to be chosen according to the requirements of the circuits visited.

Currently, the circuit which is most punishing to the braking system is the Chang International Circuit (Thailand), even more so than Monza (Italy), which is the second most demanding.