Ducati: an Italian in the elite

Home/General/Ducati: an Italian in the elite 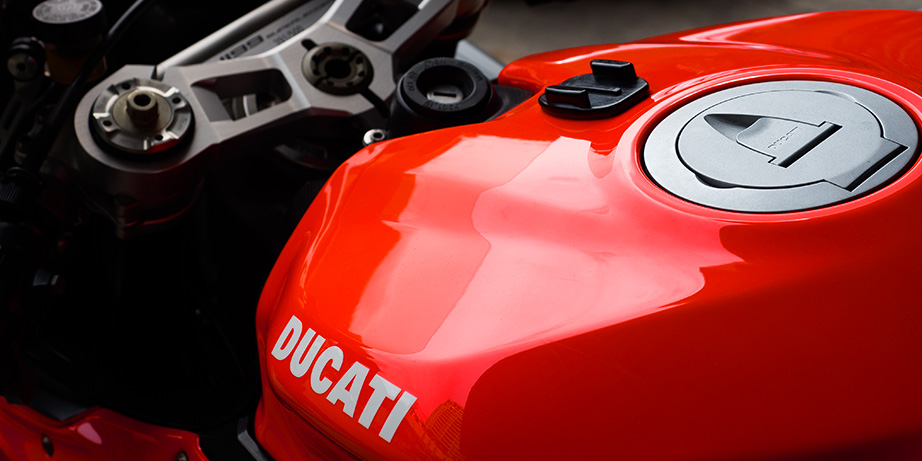 Nowadays we associate the name Ducati with a renowned brand in the motorcycle industry, a world-class italian design with a powerful engine. Even so, the origin of the brand is far from the two-wheels industry.

In North Italy, in the line between Milano and Bologna, there was a great industrial centre, the birthplace of great textile and mechanical companies, connected to a great artistic past.

Antonio Cavalieri Ducati, an industrial engineer, began his professional career as a manufacturer of shortwave receiver equipment and radio components. Soon, he became an expert in the field, and his work became a milestone in the world of the radiofrequency.

Adriano, Bruno and Marcello Ducati, Antonio’s sons, got the company to the next level and made the brand grow and achieve an excellent reputation. In 1946, despite the difficulties of the World War II and the destruction of the factory by a bomb, Ducati joined Siata (Società Italiana Applicazione Tecniche Auto-Aviatore) for the production of a small auxilliary four-stroke engine for bikes, starting this way its journey in the two-wheels world.

Since then, the company has been designing and manufacturing the most beautiful and sportiest machines in the world (according to many motorcyclists), all of them coming out from the factory Borgo Panigale.

In 1954, two definitive versions of the Ducati 98 were born: the sport and the touring version. They were constructed with a 98cc single-cylinder OHV (touring version) and an oil-cooled radiatior (sport version). Some years later, the engineer Fabio Taglioni, who came from F.B. Mondial, joined  the company and designed its revolutionary OHC four-stroke engine. He was also the designer of the desmodronic 90º V-twin engine that was ensambled in the 750 SS and Pantah models, this engine is the one that inspired the one used nowadays and was the introduction to desmodronic engines.

A brief review of their sportiest motorbikes takes us back to 1988 and the release of the Ducati 851. This bike had an engine developed by Massimo Bordi and Gianluigi Mengoli. A 90º V-twin engine and four-valves desmodronic heads. The transmission was based in toothed chain and it had dry clutch, the injection was by electronic system and it had declared 132HP.

The Ducati 916 was released at the 1993 Milano Motor Show, and it eclipsed the entire powersports’ world. It marked a turning point in terms of aesthetics and performance. The Italian brand received definitive recognition from the whole world when they showed their solution to the underseat exhausts leaving the sides of the bikes completely clean, the spectacular single-sided swingarm and front design. Its 150HP also won several races in ths Superbike World Championship with the rider Carl Fogarty.

Finally, in 2012 the Ducati 1199-1299 Panigale was released, another boom in design and mechanical innovation. It is a slim-looking bike with a rear shock absorber located on the side, an aluminium monocoque frame with the engine anchored to it and an oil bathed clutch that makes its performance much smoother. Without any doubts it is a docile and easy to drive bike, that has a 195HP engine and weights 165kg. It also includes the electronic technology from racing bikes, the Ducati Riding Mode (DRM), Ducati Traction Control (DTC), electronic suspensions, engine brake control and bi-directional quickshifter.

Ducati is currently part of the Volkswagen Group and has a wide catalogue of models that you can visit here.