Home/Competition/Baggers: have you ever seen them in a race? 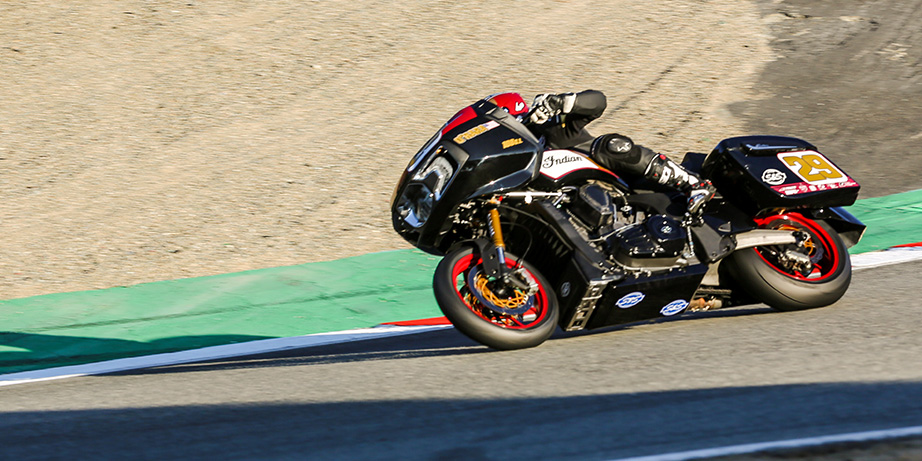 Maybe you think is insane, but if until now you couldn’t imagine a Baggers race….now is a reality!

If you didn’t know, a Bagger is a big cruiser bike, designed and built to ride long distances. The most important feature of a Bagger is the comfort, not the speed as we are used to. Even the purpose of these bikes are quite different and none of us expected it, the Baggers have their own competition calendar.

Seeing those Harley’s and Indian’s (the weights are around 350kg), with front fairings and side cases, riding on a racetrack was insane. It happened in Laguna Seca at the end of 2020. The bikes did 8 laps in a place recognized as a very technical track and too complicated for such bikes.

The winner was Tyler O’Hara riding an Indian Challenger from S&S Cycle. In second place, Hayden Gillim riding a Vance & Hines Harley-Davidson and in third, Frankie Garcia on a Roland Sands Indian Challenger.

The “King of the Baggers”, American competition itself, was warmly welcomed. As a result of the big success, it was decided to launch a very optimistic competition calendar for 2021. Unfortunately, the pandemic situation forced the reduction of the dates to only 3 from 5 firstly scheduled.

If everything goes as planned, we’ll be able to watch the first one at the end of April. The calendar for 2021 is the following:

The competition regulations allow to make few modifications only to the bikes, the most significants: the possibility of modifying the height of the brackets, to low the handlebar, to light the rims, to fit special race road tyres, some engine changes, and improvements to the exhaust, brakes and suspension. The characteristic aesthetics must remain untouched: fairings and side suitcases are not negotiable.

In this link you can watch the complete “King of the Baggers” from Laguna Seca on Youtube.