Elspeth Beard, between prowess and indifference

Home/General/Elspeth Beard, between prowess and indifference 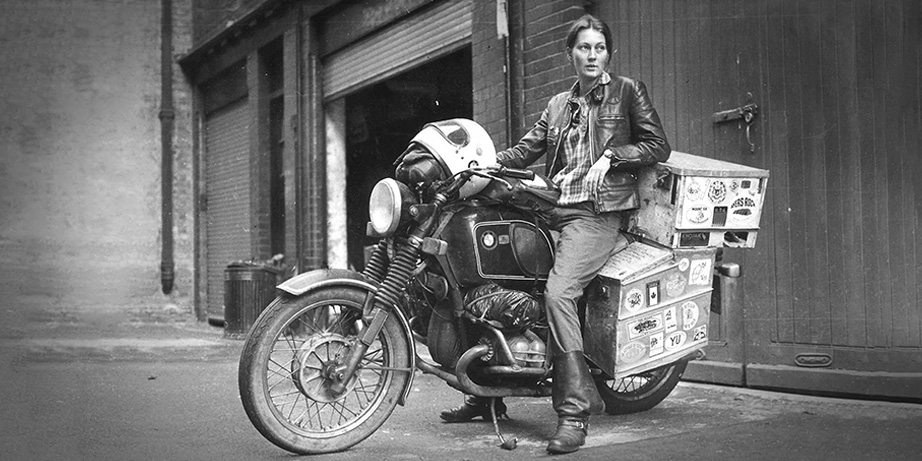 Elspeth Beard was the first woman to ride around the world on a motorbike. More than an adventure, we can say it was a feat. A woman taking such a big journey alone was not approved by society back then.

It was 1982 when a young English architecture student decided to take a long journey that will take her over 56,000 kilometres and almost two years and a half. An incredible experience crossing North America, Australia, Asia and Europe on a 1974 BMW R 60/6 Boxer.

This journey, which can be considered an unprecedented feat and only affordable for few people whom gender is irrelevant, was received exactly as the opposite. On her homecoming, Elspeth Beard was received with complete indifference.

All the memories and testimonies she had collected along her journey were completely forgotten, as she expressed herself in an interview:

“After my return, seeing that no one was interested in what I had done, I pushed everything to the back of my garage. I just moved on with my life”.

It was 2014 when, after a short interview, the film industry became interested in her story. As a result, she decided to rescue all her memories and wrote them into a book published in 2017. The book’s title is Lone Rider, and it was a bestseller that won the Shextreme Best Adventure Book Award 2018.

Elspeth Beard’s great adventure started in New York, then moved up to Canada, went down to Mexico and back to the United States. She went across Hawaii and New Zealand to finally arrive to Sydney. In Australia she took an eleven-month break, working for an architecture firm to gain some background as an architect. She resumed her journey in Singapore, travelled through Thailand, India, Pakistan and Iran before arriving to Europe. She rode through Turkey, Greece and Central Europe before finishing at home.

It was a journey with difficulties but she overcomed them with determination and courage.

In Townsville, Queensland, she had an accident that left her in a hospital for two weeks. In Singapore she had to stay for 6 weeks to replace equipment and important document that were stolen from her and that were indispensable to continue. In Thailand, she had a crash with a dog and spent few days in the care of a local family to recover. She crossed India at the same time of the assassination of Prime Minister Indira Gandhi, and as a consequence, the entire state of Punjab was closed, and with it, her only route to the border with Pakistan, after having long discussions she continued her own way. And, of course, an outnumbered of anecdotes and experiences in different parts of the world where it was unconcievable for a woman to make such a journey alone.

There is no doubt that Espeth Beard’s journey was a great feat that demonstrates her love for motorbikes and adventure.

You can watch an interview with her for BMW here.