Do you know the history of Moto Guzzi?

Home/General/Do you know the history of Moto Guzzi? 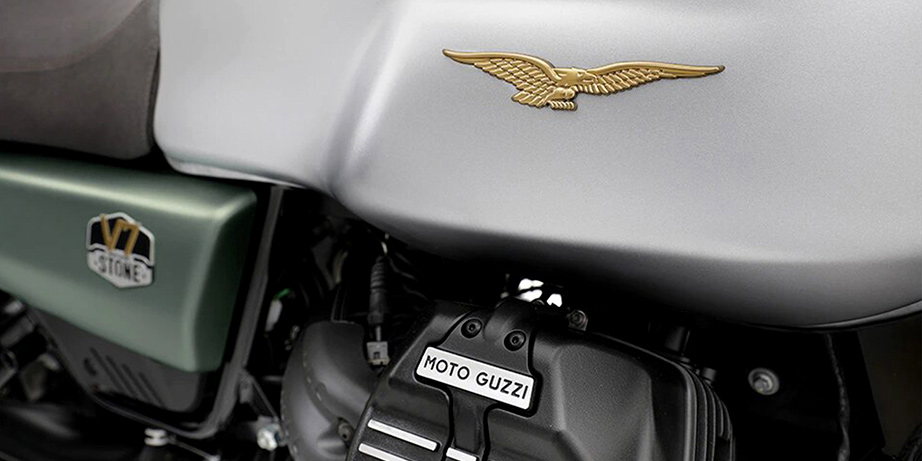 Moto Guzzi is the oldest motorcycle manufacturer in Europe that has maintained its production non-stop since its origins in 1921. It is a company that has something that many other brands lack and that is difficult to explain rationally: soul.

Let’s start at the beginning. Moto Guzzi was founded in Genoa in 1921. It was founded by owner Emanuele Vittorio Parodi, his son and military pilot Giorgio and mechanic Carlo Guzzi. At first, Emanuele was not very convinced with the idea of the business, but after showing his prototype to some friends, the first comment was “if you don’t do it, I will”. Then, his doubts disappeared.

The logo in the shape of an eagle spreading its wings was designed to pay tribute to the friend and former comrade of the founders Giovanni Ravelli. He was a member of the Miraglia squadron of the Regia Aviazione of the Italian air force and died on a test flight shortly before the founding of Moto Guzzi. Ravelli was involved with the others in the idea of setting up a motorbike company. His role had to be a promoter, as he was a famous aviator and motorbike racing driver.

In 1963, just after the death of founder Carlo Guzzi, there was a crisis in the motorbike industry and the company came under financial strain. Moto Guzzi was owned by SEIMM, a state-controlled body. In 1965 and 1971, an engine and chassis were designed, respectively, that would become the symbol of Moto Guzzi. Engineer Giulio Cesare Carcano developed the air-cooled 90° V-twin engine, and Lino Tonti designed the famous chassis of the 1971 V7 Sport 750 cc.

In 1973, Alejandro De Tomaso, an Argentinian businessman who owned Benelli, bought Moto Guzzi. Although his management was controversial, a few iconic bikes were released during that time: the 850 Le Mans, the 750 S and the 750 S3, equipped with three-disc brakes.

In 2000, motorbike manufacturer Aprilia, headed by Ivano Beggio, purchased Moto Guzzi. Beggio declared that being at the helm of this iconic brand was his lifelong dream. Unfortunately, a few years later, Aprilia suffered a financial setback and in 2004 Piaggio took ownership and still owns it today.

Over the years, the V-twin engine was further developed and remains the basis of Guzzi’s production.

As for its early sporting achievements, Moto Guzzi can be proud to have won the Isle of Man TT twice: in 1935 with Stanley Woods and in 1937 with Omobono Tenni, the first non-British rider to win a Tourist Trophy. In 1957, Moto Guzzi retired from racing with 3,329 official race victories, 8 World Championships, 6 Constructors’ Cups and 11 Isle of Man victories.