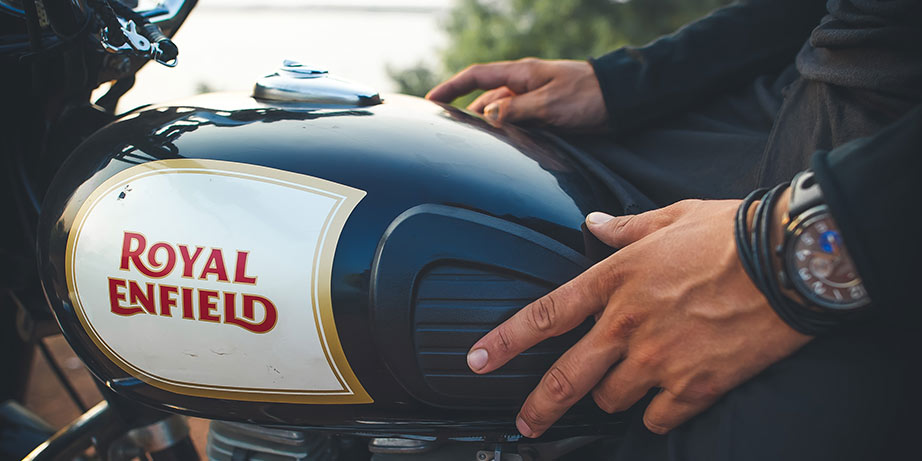 The first Royal Enfield motorbike was produced in 1901, but the fact is that the brand’s founders had the project in hand many years before, designing and producing motorised vehicles such as four-wheeled bicycles and, later, motor quadricycles.

The first motorbike produced under the Royal Enfield brand was manufactured in Redditch, UK, designed by R. W. Smith and Jules Gotiet. “It has a 1 1/2 HP Minerva engine mounted in the front of the steering head. Final drive is to the rear wheel by means of a long rawhide belt”, as defined on the brand’s official website.

Years later, the company expanded its production and also its model range. In 1926 the Sports Model 351 was launched, the first Royal Enfield 350 cc OHV 4-stroke motorbike with pedal-operated gear change, powered by a JAP engine. In the same year, the company also launched a model designed especially for women, a 225 cc 2-stroke motorbike.

The 1930s began with the introduction of a diverse range of eleven models, and 1932 saw the birth of the legendary Bullet motorbike, one of the brand’s most iconic models, available in three cylinder capacities. In 1935, a 500 cc Bullet took part in the Isle of Man TT. Cecil Barrow rode it to eighth place with an average speed of 74 mph.

During the Second World War, Royal Enfield produced large numbers of motorbikes and bicycles, including the iconic 125cc Airborne, known as the Flying Flea, a 125cc 2-stroke that could be loaded into a purpose-built parachute cradle and dropped with paratroopers behind enemy lines.

In 1949, Royal Enfield was launched in India, which purchased about 750 units of the Bullet model for its army. In 1955, Madra Motors was licensed to manufacture this model in India and Enfield India Limited was created. During the 1960s, new models were added, such as the Interceptor 750 and the iconic Continental GT Cafe Racer, which was intended to give the brand a more youthful and attractive look.

The 1990s was a time of change: new bikes, new owners, new attitude. A whole tourist industry was developed around the classic and iconic Bullet. Different travel agencies organised group trips to places like the Himalayas and the Rajasthan desert. In 2011 the company’s first annual ‘One Ride’ took place, where Royal Enfield riders from around the world were encouraged to take a ride on the first Sunday in April.

The brand has continued its journey during this decade, and last year celebrated 120 years of Pure Motorcycling. 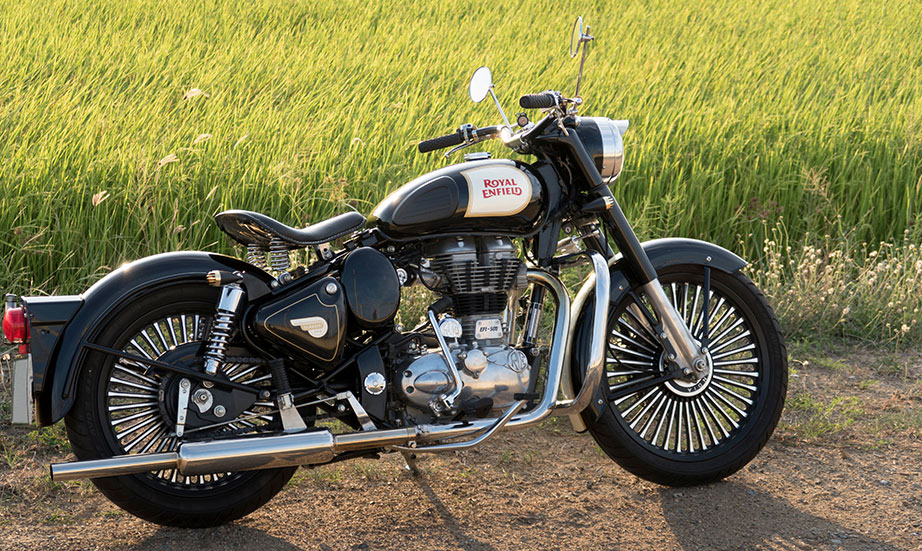