Norton: a history of triumphs

Home/General/Norton: a history of triumphs 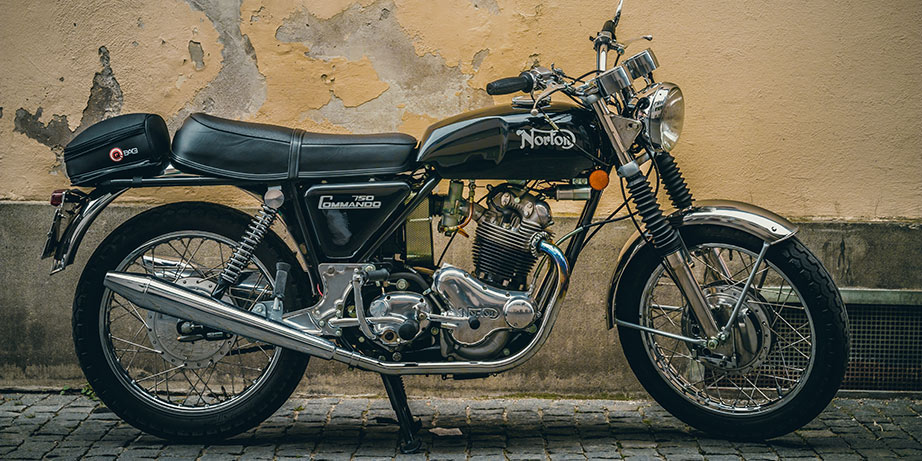 Along with Triumph and BSA, the Norton motorbike brand is one of the three most legendary British brands in the world of motorcycling. This British manufacturer was one of the pioneers in its country and soon became a legend. Its history began in 1898 and ended in 1992, only to be resumed in 2008. But let’s start from the beginning.

At the age of 19, James Lansdowne Norton founded Norton Manufacturing in 1898. At the time, the company was a bicycle chain manufacturer. In 1902 Norton produced the Energette, his first motorbike, by adding a small engine to the underside of the frame of a bicycle. In 1908, the brand developed a 633cc single-cylinder engine, which was used in five models of Norton motorbikes.

Unsurprisingly for a British brand, Norton successfully competed in the Isle of Man TT, which helped to build a reputation as a manufacturer of Road Race motorbikes. In 1924, rider Alec Bennet won the famous Senior Tourist Trophy race on a Norton motorbike.

The famous Norton Commando was first introduced in 1967, but ceased production 9 years later due to the downturn in the British market caused by the arrival of the Japanese brands in Europe. Even so, the Norton Commando was one of the great bikes of the moment, being voted “Machine of the Year” by the readers of Motor Cycle News for five consecutive years. In between all this, the Norton Street Scrambler was also released in 1971.

In the late 1970s, the company’s rights were divided among several companies in different countries. Eventually, despite its success in motorsport, the company was unable to gain a foothold among its Japanese competitors, and its precarious financial situation led to its closure in 1992.

However, in October 2008, entrepreneur Stuart Garner bought the rights of the brand and set up a new factory and offices in Donington, UK. The first Commando 961 SE was released in 2010. It was a Cafe Racer style street bike. The success of this model helped the company to return to production for good.

Back to production and back to racing. In 2012, Norton returned to the Tourist Trophy, almost 20 years after 1992, when Steve Hislop took victory in what for many was one of the greatest races of all time.