Augusto Fernández: “Experience has been the key to consistency this season”

Home/Competition/Augusto Fernández: “Experience has been the key to consistency this season” 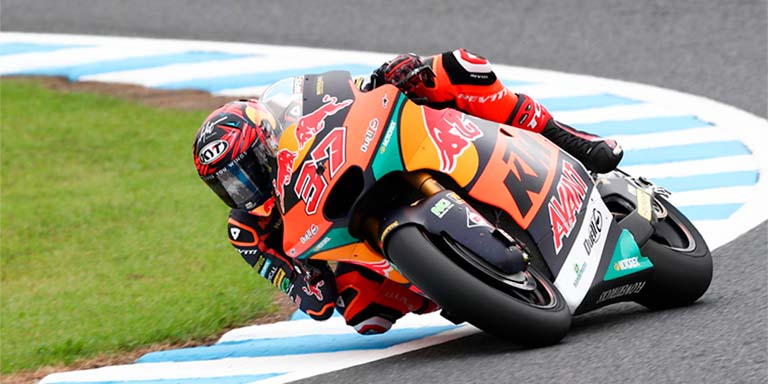 Augusto Fernández began the season as a candidate for the crown in Moto2. The year started out steadily, laying the foundations for what has turned out to be an incredible 2022 for the rider from Madrid based in Mallorca. It has been a year in which he has counted on the unbeatable company of NG BRAKES brake discs, allowing him to achieve maximum performance.

Now it’s crunch time: match point. A home race awaits, specifically at the Circuit Ricardo Tormo in Cheste (Valencia), in which the Red Bull KTM Ajo rider has chance to take the glory and become the 2022 Moto2 World Champion – a feat that’s possible thanks to his season so far; a season that began with preseason testing, which is the starting point for a rider’s confidence and enables him to achieve that consistency. There, with NG BRAKES, the first seeds of success were planted for the season, and he’s shown how to approach every race intelligently – and given us an incredible show on the brakes and with some fabulous overtaking.

“I think the key to consistency this season has been experience, both mine and that of the team. And knowing that this consistency, being in the top five in every race, would lead us to be able to fight for the championship,” says Fernández, who arrives at the Gran Premio Motul de la Comunitat Valenciana as the championship leader, 9.5 points ahead of Ai Ogura. The main target or objective in the final race of the season is, in his own words, “keep the same mentality as every other weekend, try to maximise the opportunity and, of course, try and win the race.”

Arriving into the season finale with this advantage hasn’t been easy for Augusto Fernández, who is clear about what has enabled him to achieve the feat: “the support of the team, the speed we’ve had, and the consistency we’ve been able to show all season.”