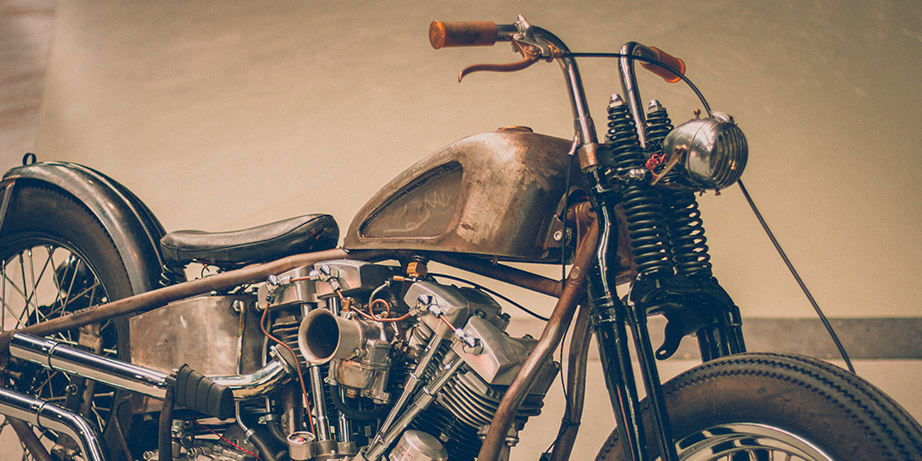 When we enter the world of transformed or custom motorbikes, there is a current that identifies the person who is riding it almost immediately. We are referring to Bobber motorbikes.

Its particular line, with a pronounced diagonal drop, makes it stand out from all other achievements. It is, among other details, its particular sign of identity and the one that marks its character.

The appearance of a Bobber is immediately striking. You may have heard it before it was in your field of vision. The sound of its engine, amplified and bassed by the modification of the exhaust pipes, is another of its features. Its colours are usually matt or dark, and most chrome parts are usually avoided, whose flashes of light are not very appreciated in this type of customization.

This style was born in the United States in the first half of the twentieth century, when they began to modify Harley Davidson “J” motorbikes with the intention of improving their performance, and for that purpose they removed as many superfluous elements as possible. At first, one of the interventions made was to “shorten” the distance between wheels, work that was reversed over time, going from shortening to lengthening the distance.

For this reason, from the 1940s onwards, this movement began to take shape and has remained almost unchanged to this day.

But what does it take to make a Bobber?

As we have explained, there are essential points. For example, leave the bike as minimal as possible by removing all those dispensable accessories, and emphasize the pronounced diagonal line that forms the line between the handlebars and the rear wheel, integrating an individual seat almost in line with the height of the wheel.

To achieve this effect, the fuel tank adopts an inverted teardrop shape and this, added to the greater distance between wheels, leaves a falling profile. Another feature is its peculiar high handlebar, which in some cases verges on uncomfortable, but if the driver gets used to it, it will differentiate him from the vast majority. Minimal or non-existent mudguards and wheels of the same size at the front and rear complete the Bobber style.

The brands most likely to be modified are Harley-Davidson, Indian or Triumph, and by the way, you should never confuse a Bobber with a Chopper, their owners will thank you.