Home/Competition/Taru Rinne. Points for the history 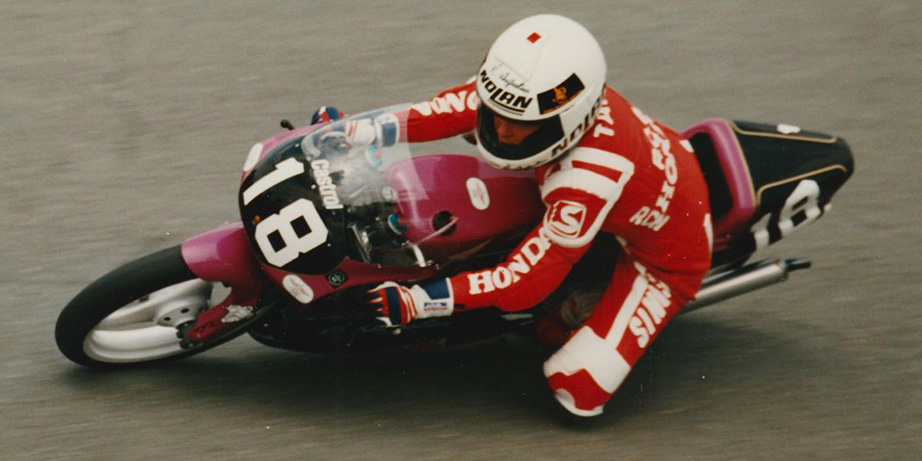 25 points seem a testimonial number, but it is more than that. This number represents a turning point in the history of motorcycling competition. It’s been difficult to have female references throughout the years, as it’s been by tradition, a man’s world; and it is the reason why the name of Taru Rinne is highlighted, and still unbeaten.

Taru Rinne made her debut in motorcycling in 1987, in less than a year she scored her first two points in the World Championship. On July 24th 1988, at Pau Ricard circuit in France, she achieved a tough and fought 14th position, giving her that two points that brang her direclty into the hall of fame.

Paradoxically, at the same Pau Ricard circuit, some years later in 1991, she had a hard accident that ended her career as a rider. It was Bernie Ecclestone, the head of the Championship, who refused to renew her license because of “lack of competitive level”.

Taru Rinne’s true talent was really evident along year 1989, she finished the Championship with 23 points. She showed everyone her great talent and competitiveness finishing 7th at Hockenheim’s race, in Germany on May 28th, among other races. In that one, she began the weekend with a stunning start that almost took her to the pole position, but Ezio Gianola finally got it. She had in possession the fastest time all race long and until the very last minute that day.

Except for her debut in 1987, her entire career was with Honda in 125cc class, and the 1991 incident put an end to her consolidated career as a rider.

This incident and Ecclestone’s statement put a bitter taste to her passion. Taru Rinne stated that it was the “biggest disappointment of her life”.