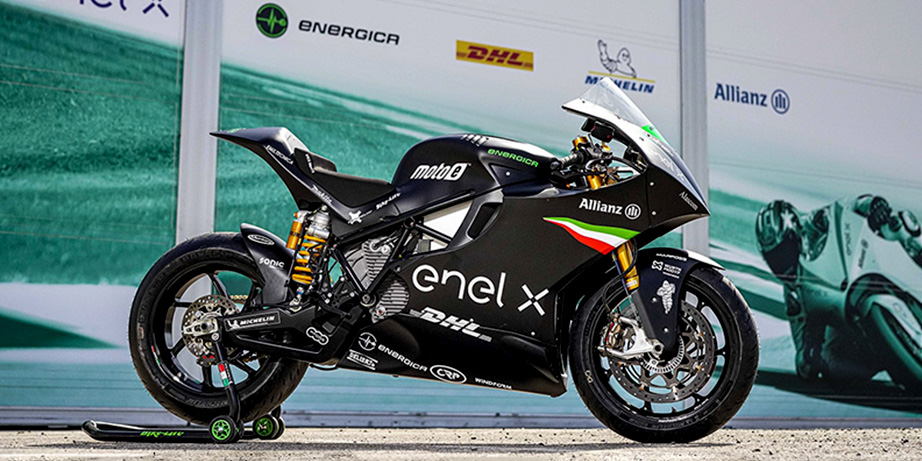 The idea of a world championship for electric motorbikes began to take shape only a few years ago. Between 2017 and 2018, the seed of this new category began to be planted, with the aim of becoming the fourth category of the World Motorcycle Championship alongside MotoGP, Moto2 and Moto3, and who knows if MotoE will end up becoming the only option for the future in a sustainable world.

At the Laguna Seca circuit, Loris Capirossi took to the wheel of a Lightning LS-218, a 250 kg E-motorbike with 240 horsepower. The 344 km/h capable of reaching this bike left the Dorna Sports managers pleasantly surprised.

Although performance in terms of range is limited, laps are gradually being gained, and although races currently last for what would be an 8 to 10 lap sprint, the duration will be extended as the batteries that power them are developed.

The year 2019 marks history with the first MotoE speed competition under the umbrella of the MotoGP World Championship.

Enel Group is the official sponsor of the FIM Enel MotoE World Cup and Sustainable Energy Partner of the MotoGP World Championship.

This is a single-brand category and, after a close fight between the applicants and to the surprise of almost everyone, the Italian brand Energica was chosen, which presented a motorbike with the following characteristics:

The 2019 season saw 6 races and the champion was the Italian Matteo Ferrari of the Trentino Gresini MotoE team. The team championship was won by Avintia Esponsorama Racing.

In the year 2020 there were 7 races and the champion was the pilot from Rubí (Barcelona) Jordi Torres from the Pons Racing 40 team. The team title was won by the Trentino Gresini MotoE, the team of the 2019 winner, Matteo Ferrari, who was second this year.

For 2021, the calendar proposes 7 major prizes to be confirmed according to the evolution of world events.

We may be witnessing the future of motorbike racing, which means being part of history.